The Town class were a group of twenty one cruisers built as long range cruisers to patrol the far flung British empire, and for escorting trade in times of war. These ships were built to a series of similar designs and were divided into 5 groups, the Bristol, Weymouth, Chatham, Birmingham and Birkenhead sub classes.

Three of these ships were built for the Fledgling Australian Navy, being the Sydney, Melbourne and Brisbane. All these ships serve with distinction through WW1, with only the Falmouth being lost in action to  German U-Boats torpedoes. HMAS Sydney became famous for sinking the much sought after German Light cruiser Emden in late 1914, thereby ending Emden's successful commerce raiding. After WW1 these ships were obsolete and all were scrapped in the 1920s. This hull represents the last three sub-classes of the Town class, 11 ships in all. 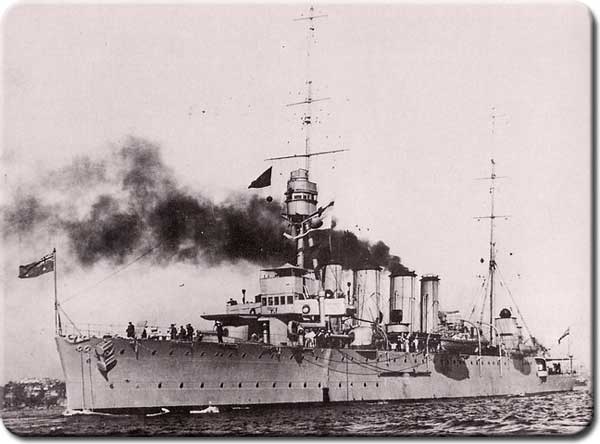