Three of these ships were built, HMS Indefatigable, HMAS Australia and HMNZS New Zealand, and these were completed in 1911. Only one ship was to be built, but one each was paid for by Australia and New Zealand.

These ships were stretched versions of the previous Invincible class, and thus carried the same strengths and weaknesses. These ships were fast and well manufactured, they also had better arcs of fire for the mid-ships turrets than the previous class of Battlecruiser, and longer range. But they were under armoured especially compared to German battle cruisers, in both side and deck armour. Australia and New Zealand had a collision in early 1916, so only Indefatigable and New Zealand saw the battle of Jutland. Indefatigable was hit severely by the German battle cruiser Von Der Tann at Jutland, and she ultimately blew up as a result of multiple magazine detonations. Of 1017 men, only 2 survived to be picked up by a German Torpedo boat. The rest of the war was uneventful for Australia and New Zealand, and due to the Washington treaty of 1922, New Zealand was scrapped at the end of 1922, and Australia was scuttled off Sydney heads in 1924. 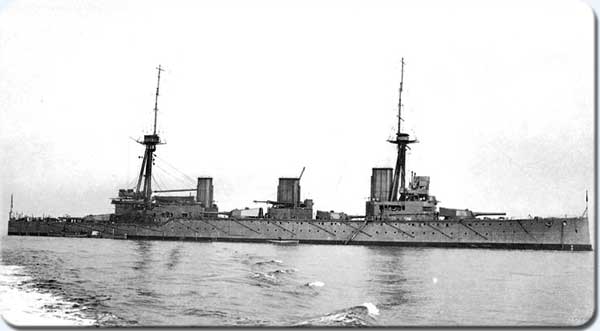