The three Invincible class ships were the first battle cruisers built in the world. Begun in 1906, these ships sacrificed armour for speed and gun power, designed to scout for the fleet, sink enemy cruisers and to be able to escape from battleships.

These ships fought well in this role during the Falkland islands battle in 1914 against Vice Admiral von Spee's cruiser squadron, receiving only superficial hits. But in 1916 these ships found themselves in Admiral Beatty's Battle cruiser squadron in line ahead, fighting German battleships at Jutland. Due to a lack of horizontal Armour, but more due to dangerous ammunition handling in these ships, resulted in the Invincible blowing up and sinking in only minutes with only 6 survivors left in the water. By the end of WW1 the Inflexible and Indomitable were obsolete and went to the breakers in 1922. 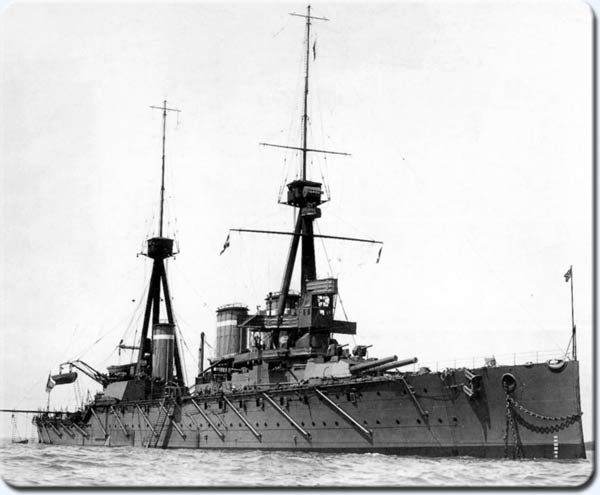