The fourteen Baltimore and three Oregon City class cruisers were begun in 1940 with the growing threat of Japan, and the realisation that America would probably find itself fighting a two-ocean war.

These ships were heavily armed and fast, being designed to confront Japanese heavy cruisers and to escort aircraft carriers, their heavy Anti-aircraft armament proving themselves in combat from mid-1943 onwards to the end of the war. Some of these ships served in Korea and Vietnam as fire support ships as in WW2. Five of these ships became the Albany and Boston class guided missile cruisers, the first CGs in the US Navy. None of these ships were lost in wartime, but none survived beyond 1991 either, as all were scrapped due to very old age and obsolescence. Please note that the first four Baltimore class ships had a square stern with round corners, while following Baltimore and Oregon City class ships had a fully rounded stern at deck level. When ordering please specify which hull you desire. 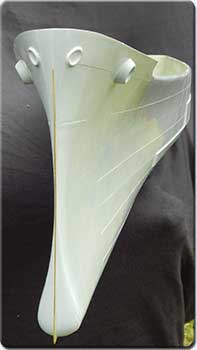