The two Portland class cruisers were great improvements over previous US cruisers, and were fitted out as flag ships. These ships were in the thick of the action in the Pacific war from beginning to end, becoming some of the most decorated ships in the US Navy.

Portland survived through many near misses and damage, especially in 1942 in the Solomons campaign. She survived the war and was scrapped in 1959. Indianapolis was not so lucky, she was the last major Allied warship sunk in WW2 and one of the most tragic. After transporting the atomic weapons to Tinian Island in record time, she was sunk by the Japanese Submarine I-68. With heavy loss of life in the sinking, no one in the US Navy noticed that she had not arrived at her destination for four days. When search operations were eventually completed only 316 men were found out of 1119 crew from the ship.. 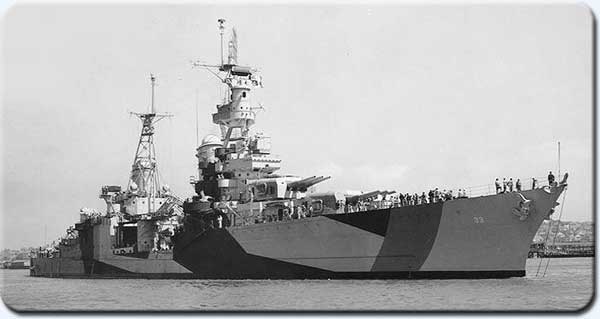