Seven ships of the New Orleans class were built during the mid-1930s and were some of the most heavily engaged cruisers of WW2. Astoria, Quincy and Vincennes were all sunk during the night Battle of Savo Island.

Minneapolis, San Francisco and New Orleans were heavily damaged in Solomon Island battles, but survived, while Tuscaloosa served in both the Atlantic and Pacific oceans and never received any damage. San Francisco became the most highly decorated cruiser of WW2 earning seventeen battle stars. All surviving ships were scrapped post war due to these ships being worn out and obsolete, and as the US Navy reduced its Cold War fleets. 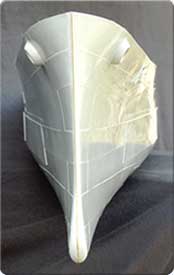