67 V&W class destroyers were built under six sub classes for the Royal navy during the First World War.

At the time these ships were the most powerful destroyers in the world, and formed the backbone of the destroyer fleet through the twenties and early thirties. During the thirties, these ships were decommissioned into the reserve fleet and five were bought for the Australian Navy. All of these ships were recommissioned for WW2 and served mostly on convoy escort in the Atlantic convoy routes. The Australian ships became famous as the scrap iron flotilla, serving in the Mediterranean Sea with distinction. Many were sunk during both WW1 and WW2, the rest were scrapped soon after the war.
Please note when ordering that in the V&W class there were two types of stern, please specify whether you want the curved or straight stern as shown in the hull photos. 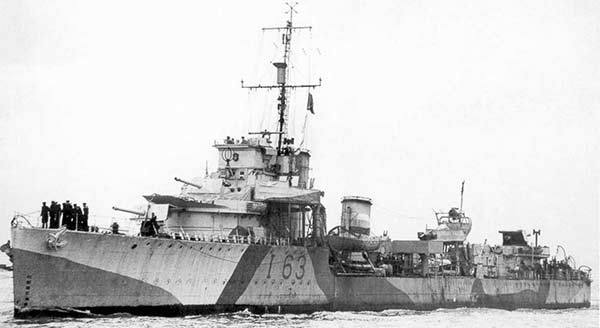