These five classes of Destroyer Escorts were enlarged and faster versions of the previous Evarts class. These 5 classes of ships were built on the same enlarged hull, but with variations in power plants and armament fits.

102 Buckley class were built with 46 of these being transferred to Great Britain under lend-lease as a part of the British Captain class Frigates. 72 Cannon, 85 Edsall, 22 Rudderow and 83 John C. Butler class Destroyer Escort class ships were also built from 1943-1945. Many of these ships served with distinction, including USS England which sank 6 Japanese Submarines in twelve days in 1944, thereby being awarded a Presidential Unit Citation. This class sank 36 German and 11 Japanese submarines during WW2, for the loss of 12 in this class. Many were sold to other countries post war, but eventually all were scrapped except only 2 which are museums today in the United States.
Please note ships in these classes either had a fully rounded stern or a round transom stern with square corners. This hull is available in either configuration as shown in the photos below. When ordering, please specify which one you need. 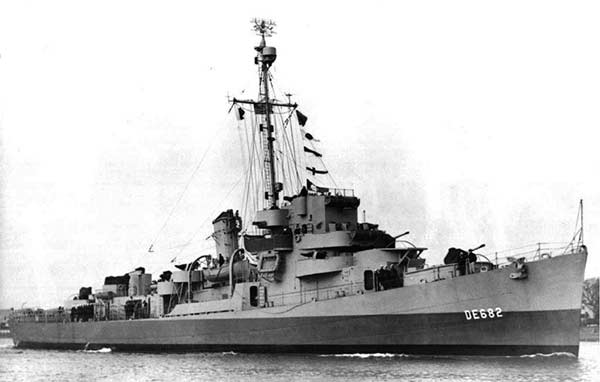