These ships were intended for landing small units such as Marine Raiders, Underwater Demolition Teams, and US Army Rangers onto hostile shores. These ships could carry 200 troops and their gear (a Company sized unit), as well as 4 landing craft (LCVP's)to deliver them to shore. These ships could also supply gunfire support, anti-aircraft fire and anti-submarine warfare. The need for this type of ship was exposed during the 1942 Guadalcanal campaign. Once they came into service, these ships performed arduous service right across the Pacific Ocean to Tokyo Bay in 1945. One Charles Lawrence class APD was sunk during WW2, while no Crosley class APD's were lost. Some of both classes served during the Korean and Vietnam Wars, many were sold to foreign navies, and some 9 ships became floating power stations. As far as I can tell, all these ships were scrapped from the early 1960's onwards. 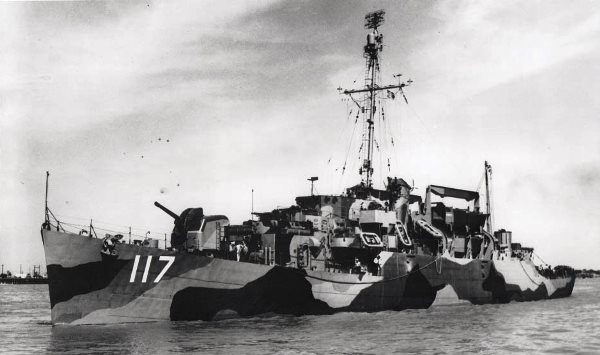